We didn’t have nice things (like a couch), but we had Elsie. She was a black and white, domestic shorthaired cat with a crooked tail that, when upright, was shaped like a candy cane. Elsie was deaf, feral and had the most perfect black triangle on her nose. I foolishly thought I could tame her as I had with other feral kittens. But I couldn’t.

Do Rescue Pets Have Issues? Sometimes, But So What.

Lots of well-meaning people like to set me straight on shelters and rescue animals. Rescue pets are damaged; shelters are messed up and make mistakes; and my personal favorite, you can’t save them all.

I am pretty clear on all these things. But thanks for sharing.

I have had rescue pets for 45 of my 50 years. Some, but not all, have had issues. So what? I have also worked or volunteered, on and off, in shelters for 25 years. Shelters are far from perfect. Some are better than others. But generally they are underfunded, understaffed, and dealing with the worst of humanity twenty-four hours a day, trying to save a few lives in the midst of an emotional war zone.

Although I wish things were different, I don’t actually believe we can save them all – only that more can be saved. I would love to snap my fingers and transform the world into a magical place where all animals and people were wanted, safe and in good homes. But that’s not the world we live in – maybe someday but not now.

Broken But In A Good Way

All of my pets have been complicated, but Elsie the most so. Elsie joined our family in January 1999 as a foster kitten. She wasn’t supposed to stay, but we all know how that goes. She passed away on Labor Day of 2016, dying in the same way she lived – on her own terms. Whereas all our other cats over the years died of cancer or kidney disease, Elsie just got tired and went to sleep.

Our first apartment was on the second floor of a two-flat in Chicago’s Uptown neighborhood. There was a long winding hallway that connected all the other rooms, kind of like a railroad flat in New York, but not really. Elsie was quiet during the day, but at night would wander up and down that hallway chirping – her chirp was sweet, like a songbird. I used to lie perfectly still, staring at the ceiling, listening to her happy chirps at an imaginary moon only she could see.

In addition to being deaf and feral, Elsie also had seizures and some pretty hardcore litter box issues. We went through four couches and a gazillion cat beds. I consulted with veterinarians and behaviorists and pretty much tried everything to get her back in the box. She would play along for a while, but always revert back to her litter box-be-damned ways.

Were there moments when I thought to myself – I can’t do this anymore and we can’t afford another couch? Yes, there were many.

But whenever I reached my breaking point, Elsie would do something so Elsie-like that I couldn’t possibly imagine life without her. She would chirp at the moon, raise her crooked tail in a half-greeting, or flirtatiously rub up against Tommy (our wobbly cat) with such gusto that they would both topple over in a happy heap. And there was that black triangle on her nose and her wide green saucer eyes when I got too close. Elsie was a little bit broken, but in a good way and I loved her dearly for it. 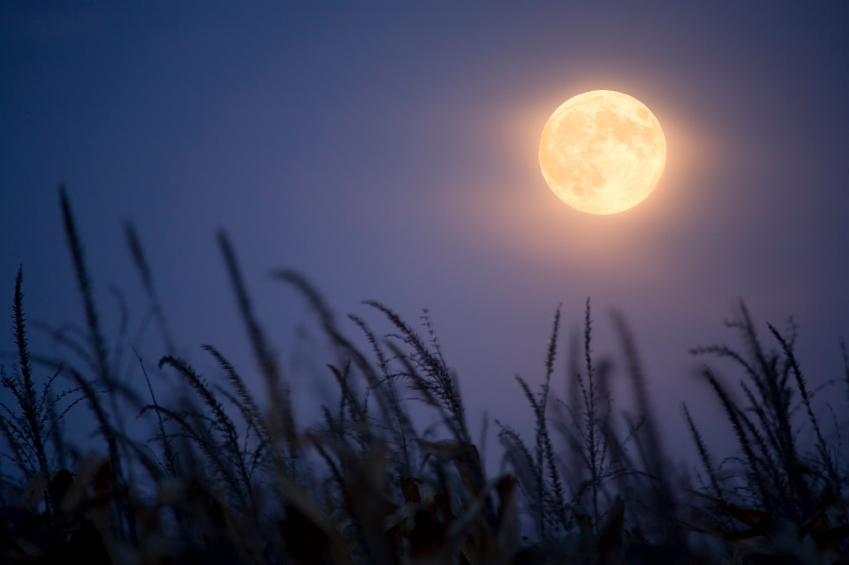 Chirp At The Moon Moments

All this is to say, I am OK with my pets being complicated and a little damaged. In full disclosure, I am complicated and kind of damaged myself, as are most of my favorite people. I don’t know that you can live fully and not be a little broken. Like Elsie, I hope I make up for the complicated parts with the good stuff.

The thing about life is it is not supposed to be perfect or easy. Living things whether trees, pets or people are imperfect and that’s what makes them so extraordinary. We are not flat – we are round, dense, bountiful, and complex.

Anything worth doing is hard – sometimes crazy hard. A relationship is hard, parenthood is even harder, and caring for pets is hard, too. But then there are those blissful, chirp-at-the-moon moments that make all the other stuff tolerable.

Elsie kept her distance from us for 16 years, but in her final year she occasionally joined me on the couch (ironically) usually in the silent, still hours before dawn. When she wasn’t chirping or chasing the other cats, she moved as quietly as a shadow. I would look up from my laptop and find her within petting distance, staring at me. And in her last days, sometimes she would even relax, close her gorgeous green eyes, and purr.

I waited 17 years to hear her purr and I would wait all over again.

Rest in peace, Elsie. I hope you are somewhere, somehow, chirping at the real moon.

Elsie is part of The Specials, an award-winning blog series focusing on special needs pet adoption. Senior pets, those with chronic medical issues, behavioral or temperament concerns as well as overlooked or misunderstood breeds like Pits and black cats. If not for the courage and compassion of their adopters, many of these animals might have been euthanized in shelters or died alone and hungry on the streets. You can read more special needs adoption posts here.