Leslie has always loved and lived peacefully with multiple cats. When the staff at Berkley Animal Care Services warned her that Destiny didn’t like other cats and was often aggressive, Leslie brushed it off and assumed she would be fine once home. Destiny, a 12-year-old brown tabby, the oldest cat at the municipal shelter, was clearly living on borrowed time. Leslie adopted her on the spot, renaming her Vivian, which means alive, to celebrate her survival. 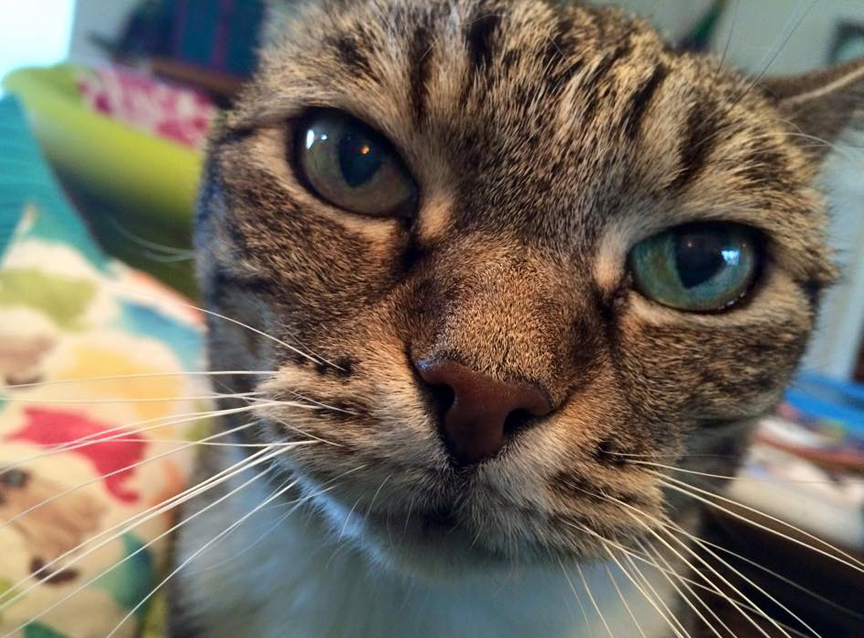 Adopting a cat with fear aggression

She followed her usual cat introduction routine and kept Vivian secluded in the bathroom for the first few weeks. As she had done with other newcomers, she brought Vivian beds, blankets and toys to smell and help her adjust to life with other cats. But things didn’t go as smoothly as they had in the past, Vivian growled, swatting aggressively, and then backed up and hid behind the toilet. Treats and food did not help ease her fear aggression and she grew more anxious by the day. 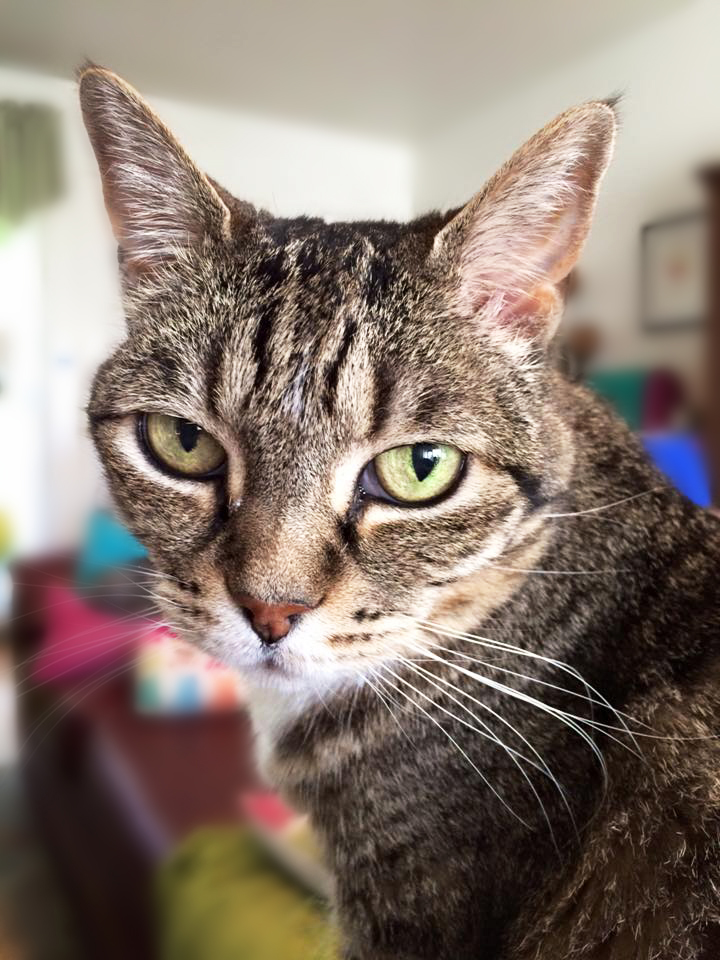 How To A Calm A Cat With Fear Aggression

Leslie knew returning Vivian to the shelter was not an option as she would be euthanized. And so she made an appointment with a veterinary behaviorist at UC Davis Veterinary Medical Teaching Hospital. Vivian was diagnosed with severe fear-aggression and was prescribed Prozac and put on a desensitization and counter-conditioning program, designed to gradually introduce scent, sound, and sight of other cats in a non-threatening, positive way. There were no guarantees it would work so as a back up, Leslie tried to find a home without other cats, even offering to pay Vivian’s vet bills for life, but no one was interested.

Leslie moved Vivian out of the bathroom and into her office for more space. Gradually, she started introducing her cats’ blankets and toys with a trail of treats to encourage Vivian to explore and interact with them. Any time Vivian reacted aggressively with hissing, swatting, or hiding, Leslie removed the object and the treats and left the room quietly. Vivian eventually started approaching the object and eating the treats. Once they conquered this first hurtle, Leslie then installed a screen door (with a curtain to start) and each day moved the treats closer to the door. 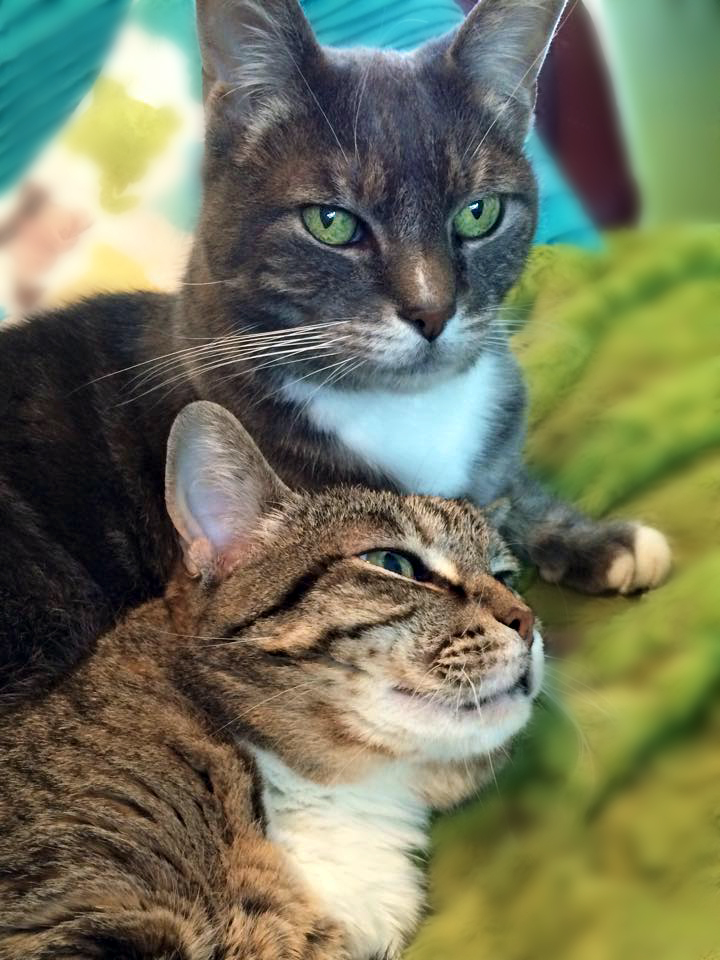 Many months later, Vivian eventually reached the point where she would eat treats near the door with the curtain open. Leslie also started feeding her other cats directly outside the door so they were only a few inches apart with only the screen door separating them. After 10 months, Vivian surprised everyone and ventured into the living room, quickly claiming a cat bed as her own. Over time, she has adjusted to the point where she is fine with other cats being nearby as long as they do not get in her space. Getting too close still sometimes results in a stern hiss and swat.

Vivian is now 18-years old and has been with Leslie for six years. She continues to make remarkable progress and has even befriended Riley, a cuddly boy who spent years trying to win her over. She tolerates him as long as he plays by her rules. Most recently, Vivian even joined Leslie and the other cats on the bed .

“Vivian is the most challenging cat I have ever adopted,” Leslie says, “but she was so worth the effort and it’s been amazing to watch her transformation.”

Pets, like children, are for life. With love and patience, most cats and dogs can find their way back no matter what they have experienced – though sometimes this means adjusting our own expectations and letting the animal take the lead. Leslie is a shining example of compassion in life choices and all that is possible through hope and commitment. You can find more information on fear aggression in cats and introducing new cats here.

Giving back and helping other rescue cats

In addition to being an amazing adopter and feline advocate for cats with fear aggression, Leslie is also a talented artist and children’s book illustrator. She donates a portion of her sales to cat rescues and shelters. She even has a sanctuary series inspired by her visits to Best Friends. You can see more of her feline fabulous paintings on her website and Facebook page.

Vivian is part of The Specials, an award-winning blog series focusing on special needs pet adoption. Senior pets, those with chronic medical issues, behavioral or temperament concerns as well as overlooked or misunderstood breeds like Pit Bulls and black cats. If not, for the courage and compassion of their adopters, many of these animals might have been euthanized in shelters or died alone and hungry on the streets. You can read more special needs adoption posts here.