In celebration of this special day, we are remembering our favorite feral cat, Buddy. Buddy lived in our yard from 2007-2010. Even though he lived outside and never let us get too close, we considered him a member of our family. We kept him well fed and built a shelter in our yard, which helped him survive winter storms and brutal summer heat waves. My daughter’s bedroom window looked out on the backyard and as a toddler, she would keep watch, alerting me when Buddy returned or left the yard. We would have happily welcomed him into our home, but Buddy was content with life outside.

And then in 2010, Buddy disappeared. Neighbors told me he had moved on and was now living a few blocks over. I searched for him, but never found him. The following year we sold our building and I worried that Buddy might eventually return and find us gone. Two weeks before we moved, I found him sitting in our backyard waiting for breakfast as if he had never left. Of course, I was overjoyed to see him, but quickly realized something was horribly wrong. Buddy had a huge, gaping wound on the side of his neck. From what I could tell, it was an old injury that had become infected. With the help of a few neighbors, we trapped him – this took several days as even in his weakened state, Buddy was very trap smart.

We brought Buddy to Treehouse Animal Society’s Clinic where are worst fears were confirmed. His injuries were horrific and his wound extremely deep (the vet described it as the size of a human fist) and infested with maggots. Because of the depth and severity of his injury, the vet believed it was sliced on a fence, broken window, or possibly intentionally with a knife. Buddy was in agony and after several huge helpings of food, was humanely euthanized. 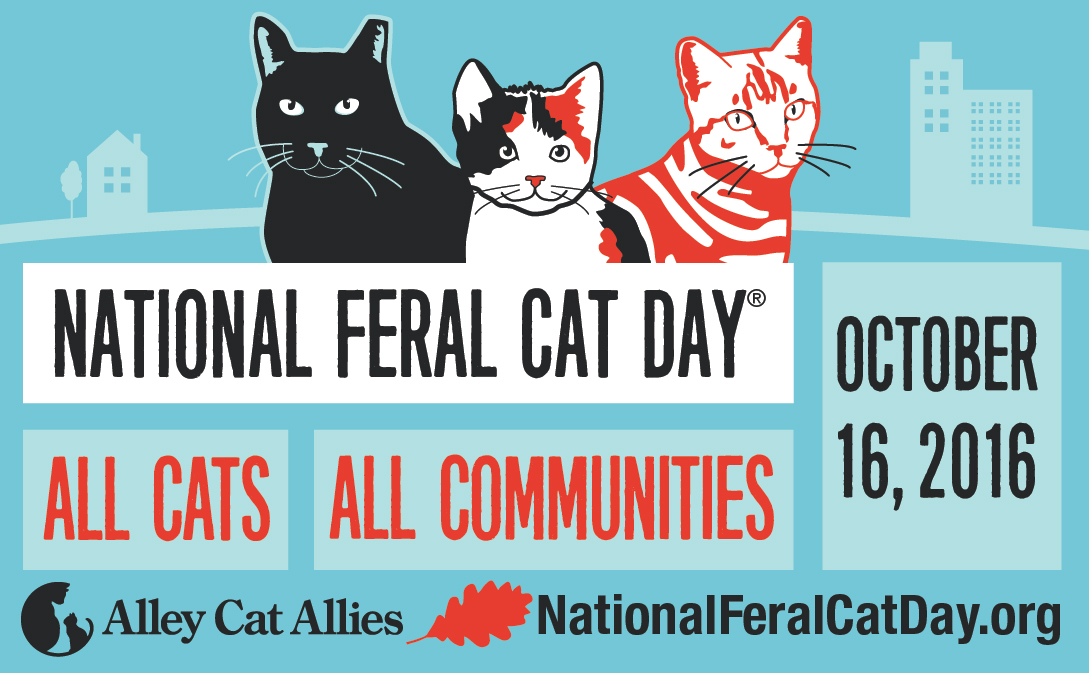 Although Buddy’s story ended tragically, I am grateful that he returned to us when he needed help – and I do really believe this was intentional on his part.  Had he returned a few weeks later, we would have been gone and he would have suffered and died alone. In honor of National Feral Cat Day, I am remembering Buddy and entering him in the Cat on My Head’s Sunday Selfie Blog Hop.

How are you celebrating National Feral Cat Day? A great way to spread the word about helping community cats is by sharing your stories on social media #feralcatday. If you would like more information on Trap/Neuter/Release, please visit Alley Cat Allies. Steve Dale also has an amazing post on feral cats, which I highly recommend reading and sharing.