In celebration of Adopt-A-Cat Month, I have decided to take a slight detour and focus on Specials who are still LOOKING FOR HOMES. Meet Boots, a sweet, sensitive snuggle-bug who loves people and other cats. 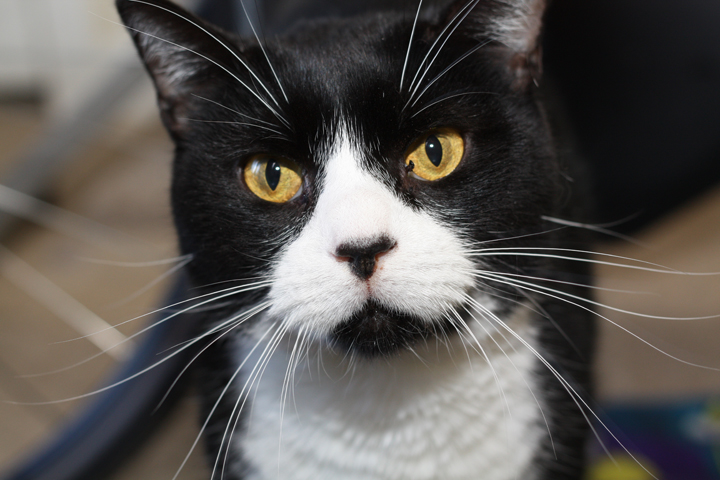 Boots was rescued from an open admission shelter by Lulu’s Locker Rescue in June 2014. Because of his easy-going, affectionate nature, Boots was adopted within months of joining the program. Sadly, he was returned in December 2015 due to a change in living situation and is now looking for his true forever home. This handsome black and white, six-year-old, FIV positive boy is super sweet and would make a perfect companion for almost anyone looking for a loyal, loving feline friend.

Unfortunately, many shelters (even no-kill shelters) euthanize or refuse to admit cats who test positive for Feline Immunodeficiency Virus despite growing evidence that they can live long, healthy lives and present no risk to cats, humans and other animals. Lulu’s Locker Rescue is a nonprofit, volunteer-run animal rescue working to change the misconceptions surrounding FIV cats as well as help black cats, dogs, and senior/hospice animals in shelters. Some animals, like some people, feel things more deeply and Boots is clearly one of these sensitive souls. When Boots was returned in December 2015, he was devastated. He stopped eating, hid constantly, and was more depressed and hurt than any other cat Lulu’s Co-Founder, Erin Lamparter, has ever known. His foster family did everything to comfort and help him heal emotionally and physically, but it was as if he had lost all hope and given up on life. 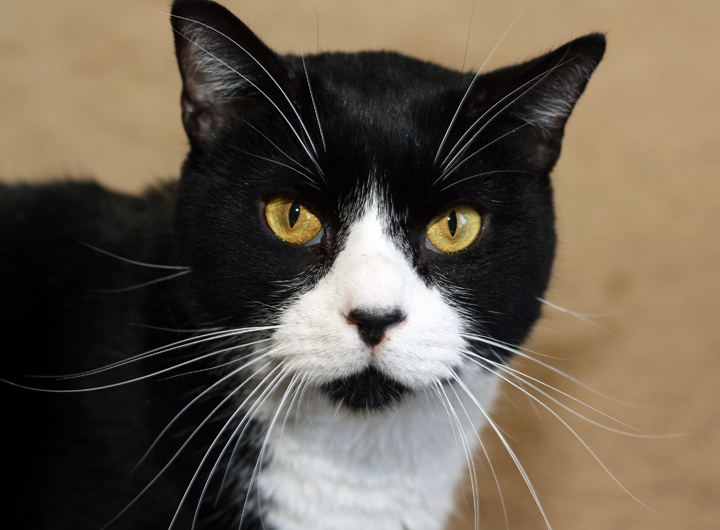 Boots was hospitalized due to extremely high liver values. He was placed on antibiotics, force fed, and given fluids yet his condition continued to worsen. The attending veterinarian recommended he be humanely euthanized. Heartbroken, the rescue volunteers gathered to say their final good-bye. But miraculously, in what were to be his final moments, Boots gave tiny head butts and started to respond. They all agreed he deserved another chance. Each day volunteers sat with him while coaxing him to eat a few bites. Days turned into weeks, he gained weight and grew stronger. A month later his liver levels had stabilized to a normal level. 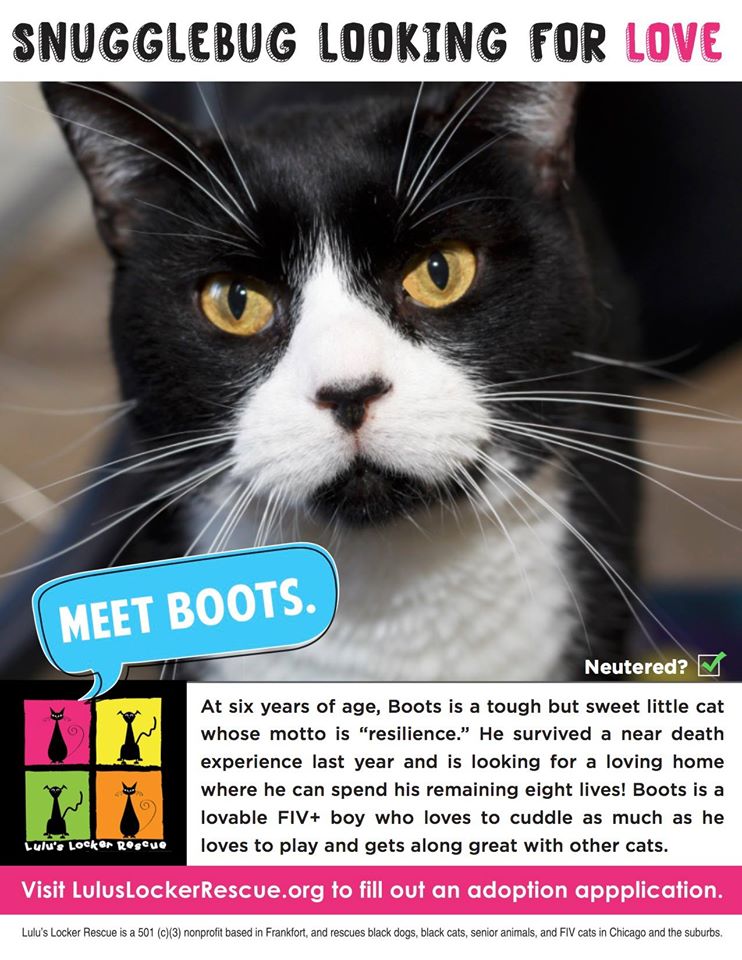 Boots is now doing exceptionally well and has bounced back to his adorable, loving self. Clearly, this miracle cat has much to share, with many wonderful days ahead of him. All he needs is a patient, compassionate, committed adopter who will give him the second chance and forever home he so desperately deserves and needs. Boots would do well as an only cat or in a home with other easygoing felines. Please help Boots find his forever home by sharing his story widely! 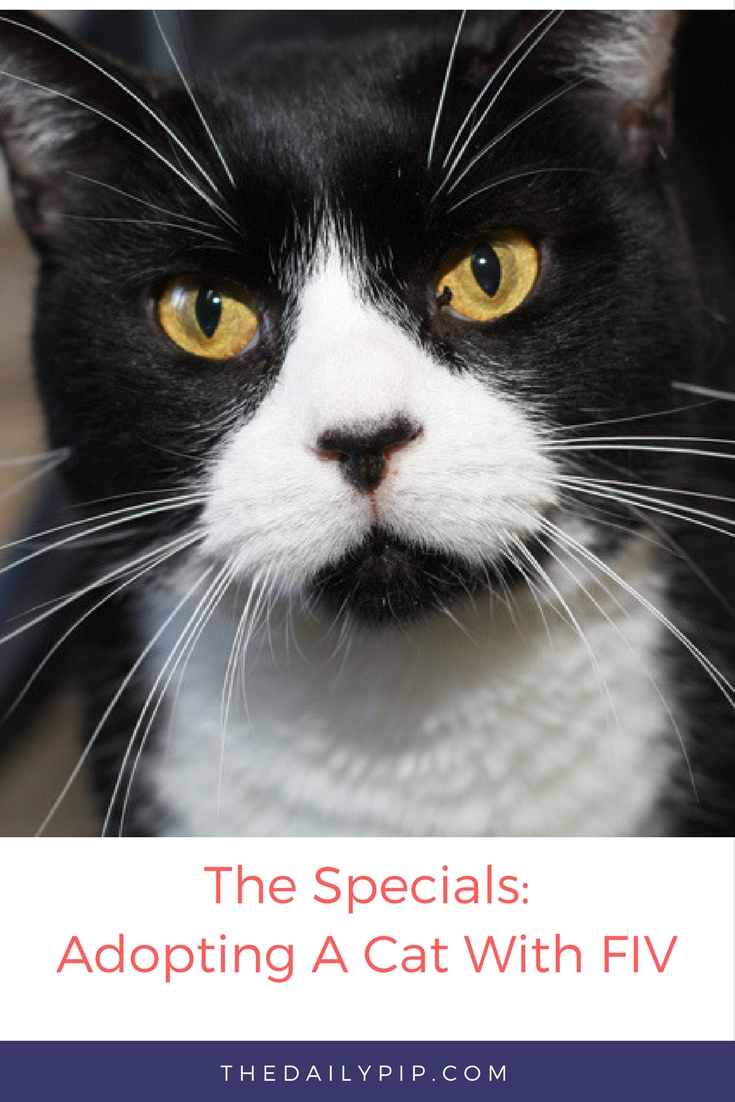 The Feline Immunodeficiency Virus (FIV) was first found in 1987. It is similar to the human virus, HIV, which attacks the immune system.  The virus is passed by saliva in the form of a deep bite wound and sexual interaction. FIV can only be passed from feline to feline. Humans and other animals are not at risk of infection. Unlike Feline Leukemia (FeLV), the FIV virus is rendered inactive the minute it touches the air. This means that sharing food and water bowls as well as normal grooming is not a concern.

FIV cats should receive two wellness exams per year. A full blood panel and urinalysis is recommended annually. If your cat shows sign of illness or infection, visit your veterinarian as soon as possible – the quicker the infection is treated, the better. Always keep your cat indoors and as stress free as possible. For more information on FIV, please visit Lulu’s Locker Rescue’s education and resources page here. You can also follow this unique and amazing organization on Facebook.